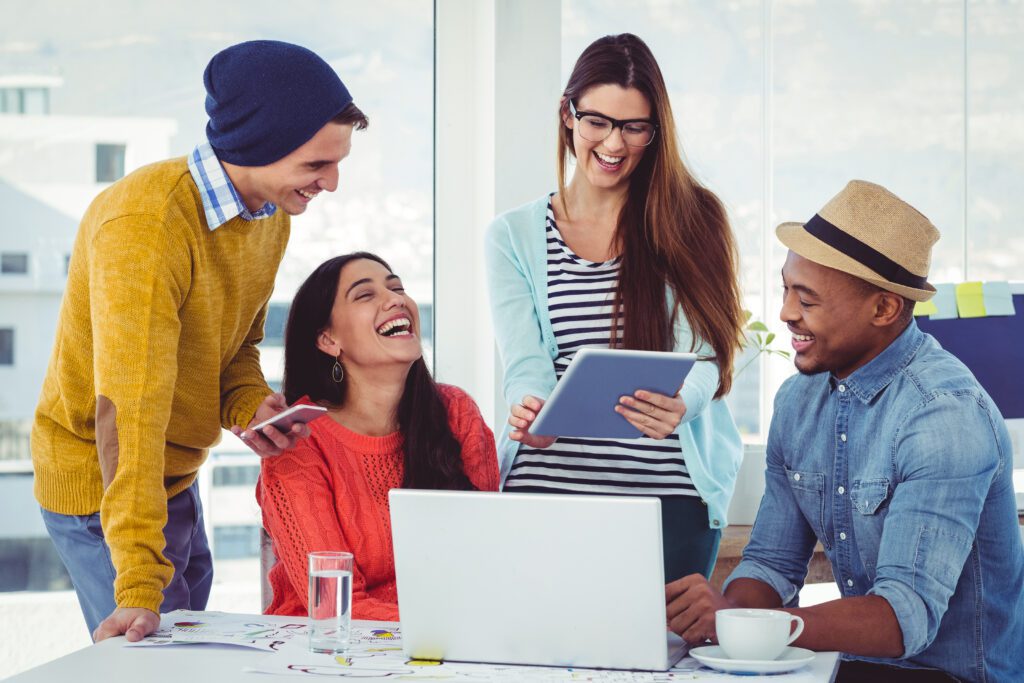 Your creative team is the voice box of your company, reaching out to your audience through social media, copywriting, photography, video, live streaming, design, and a host of other skills. If the messages sent out through those channels seem different, your audience might have a hard time recognizing you. The success of your campaigns and your company depends on the unity of your voice, and your voice will only be as unified as your creative team.

How to Set Your Creative Team Up for Success

Imagine that you have creatives preparing a 100-character message, a 3-image slide post with commentary, an interactive 5-slide disappearing post, a 10 second video, a 30 second video, and a 500-word blog post. How united would your message be?

Now imagine your creatives can’t communicate well with each other. How united would your message be now? Creative teams should have three basic needs met to help them function as a unit:

Community protects creativity. Creativity is naturally vulnerable and needs an environment where it can grow safely, so the team’s first creative work should be the culture within the team. Create opportunities for your creatives to develop a natural way of communicating with each other. Community will help them feel safe presenting their ideas to each other and receiving feedback.

Workflow unites creativity. Creatives need boundaries as much as they need space. Tools, processes, checkpoints, and open communication can help your creative team produce a potent, unified campaign instead of a bunch of disconnected works of art. Give your creatives the tools they need to establish a workflow that will keep creativity flowing throughout all aspects of the campaign.

Your creative team also needs to link up with other teams to know what to create. Imagine this scenario in a creative meeting:

Jared from Analytics: A look at our UGC-based engagement KPIs shows display CTR at 0.72% with RVs coming through the LP route totaling 236, and a high-enough SERP rank to bring in 3,904 visitors.

Bill from Performance: We should focus on the 102 who like to quote work-based sitcoms.

Dan from Creative, while still Googling what an RV is: It’s simply beyond words. It’s incalculable.

Each team has its own vocabulary unique to its responsibilities. These three points will help bridge the communication gap:

Collaboration sparks creativity. Just as the creatives developed a mutual understanding between each other, let a natural way of working and communicating develop between them and the analytics team, the performance team, and any other teams they will work with. That mutually developed language will be the most important piece of creativity your company will ever produce.

Information fuels creativity. Your creative team wants to continually learn about its audience and what its audience responds to. They need information when inspiration strikes, not just whenever your next meeting is. The UA (user acquisition) team has the numbers and the data that will help the creative team see what is working and why. Passing on information will help your creatives understand what adjustments they can make to better connect with the audience.

Goals direct creativity. Creatives want to conquer the world all at once and at times can be their own worst enemies because of this. Performance marketing minds can use UA data to show your creatives where to channel their energies. Defining goals will help your creatives be specific and realistic about the expectations they set for themselves and help them set aside other ideas until the current project is complete.

A Unified Campaign Comes from a United Creative Team

When your creatives can work as a unit and can collaborate with other teams, success will come naturally. Create an environment where everyone involved – from data gathering to publishing – can easily stay on the same page. That unity can be the difference between a one-in-a-million campaign and a campaign that just looks like a million others.

Read more of my posts.

How Can We Help?